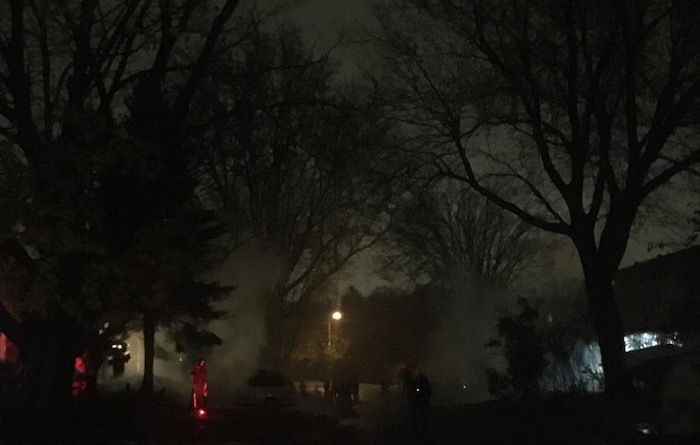 Thrill-seekers and horror movie addicts, would you be interested in looking for tourist attractions that will get your heart racing and send shivers down your spine? The locales below are among the most eerie and frightening spots in the world.

In some of these areas, nature seems to instill a sense of foreboding all on its own, while elsewhere, man-made structures will make you want to turn and run. It’s time to explore the ten best creepiest places in the world!

The origin story of this mansion sounds fictional, but truth can be stranger. This Northern California dwelling used to be the home of Sarah Winchester, the wife of William Winchester.

You may know of her husband as the founder of the Winchester rifle company. Sarah becomes convinced that her home was haunted by the spirits of her husband’s guns. She kept hiring contractors to build new additions to the home, so the ghosts would get lost.

The maze-like mansion has naturally become a major tourist destination.

If you have ever read Stephen King’s The Shining, or seen the Kubrick movie it inspired, then you’ll know why this is a creepy place. The author drew his inspiration for the story from this massive 140-room Colorado hotel.

This structure’s reputation for hauntings led the Ghost Hunters television crew to visit the hotel in 2006.

This Gothic and Baroque-style church is the resting place for more than 40,000 peoples’ bones, which have been elaborately decorated into terrifying and awe-inspiring sculptures, such as a chandelier and wall decorations.

This is a natural destination that manages to be creepy all on its own. The trees in some portions of the forest have grown out of the ground in odd, bent shapes. Folklore and rumors in the area describe multiple UFO sightings and livestock disappearances.

Ghost hunters, beware. You might feel like you’ve bitten off more than you can chew after visiting Leap Castle. It has an enormously violent history, fraught with family clan battles.

The Oubliette was used as a dungeon, and it took cleaners three carts to remove the bones that had collected within this nightmarish room.

History buffs and thrill-seekers should take a tour through the ‘Iolani Palace in Honolulu, Hawaii, the home of the islands’ last monarch, Queen Lili’uokalani. This was the site of the illegal overthrow of the Hawaiian government.

The queen was displaced from her palace in 1893 when the provisional government took over. Many believe that the Queen’s spirit lingers within her former home.

Artist Don Julian Santana dedicated an entire island to a fascinating and horrifying creative pursuit. He hung hundreds of mutilated and decapitated toy dolls from the trees on this isle in the canals south of Mexico City.

Dirtied and damaged by the weather, these formerly innocent-looking toys have taken on a very unsettling quality.

The ruins of a coal factory and abandoned apartment buildings on this island are a great spot for urban explorers to visit. The population of 5,000 disappeared after Japan’s conversion from coal to oil power made the Mitsubishi-owned mine on the island completely valueless.

Walkways span the entire island, so you can view the collapsing and broken-down buildings from a safe vantage.

This is one of the oldest buildings in South Africa, with an estimated construction date between 1666 and 1679. It is said that a dungeon on this property was used to imprison and execute criminals.

If you’re hoping to lighten your mood after visiting the haunted castle, then pay a visit to Kruger National Park afterward, and reset your systems in the calm, natural environment there.

Scuba divers can explore the mysterious and haunting ship ruins in Chuuk Lagoon, which was the bloody stage for a battle during World War II. Wrecks of Japanese warships make this a chilling spot to swim in.

When The Skin Gets Oily, What Make-up Is Best?

Dos’ And ‘Don’ts’ When Having Cosmetic Surgery Of Any Kind

We use cookies to ensure that we give you the best experience on our website. If you continue to use this site we will assume that you are happy with it.Ok